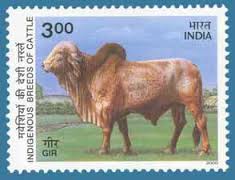 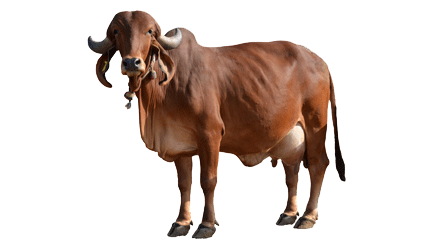 KNOW ANSWERS TO YOUR QUESTIONS

DO NOT MAKE THE MISTAKE!

*Only observing Cow milking for 3 times will not help & Paying High Price is not the solution.

in selection of Gir Cow!

ASK THE FIRST QUESTION – DOES THE GIR COW HAS  || KALASH LAKSHAN ||?

Q. *Do you know the TRIGUN SYMMETRY? Simple way to check PURITY OF GIR COW BREED?

Q. *Do you know the 3 Simple steps to check for HIGH MILK CAPACITY?

INVEST A SMALL AMOUNT IN KNOWLEDGE.

BE WISE. KNOW THE SECRETS BEFORE YOU BUY GIR COW 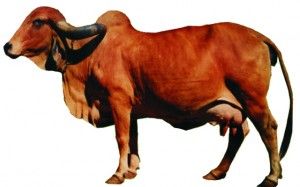 Gir Cow Breed is very social cattle and spend a lot of time licking, touching and leaning on each other. The bulls tend to protect the herd and the whole herd protects the calves. The cows seem to rotate being nursemaids and a large number of the calves stay together with them, but as soon as there is a disturbance the whole herd will gallop back to protect them.

The origin of the breed is in the Gir forest region and surrounding districts of Saurashtra region of Gujarat State. It is a moderate to large size breed. Cows weigh 400-475 kg and bulls 550-650 kg. The body colour is shining red to spotted white. Skin is soft, thin, and glossy. Occasionally animals which are predominantly white with red spots are also seen, according to Dr. J. V. Solanki, Dean, Veterinary College, Anand Agricultural University (AAU), Anand, Gujarat.

The most unique feature of Girs is their convex forehead, which acts as a cooling radiator to the brain and pituitary gland (source of growth and reproduction hormones). The animals have a big head with prominent bulging shield like forehead and a long face.

Their ears are long and pendulous, opening to the front and resembling a curled up leaf. Gir ears are very large and are an excellent fly and insect swatter.

Horns are set well back on their heads and thick at the base. They grow downwards and backwards with an upward curve.

The vary in color from pure red to speckles, yellowish red to white with large red spots. Their undercoat is red.

Their skin is darkly pigmented with short glossy hair, very loose and pliable. They can twitch it anywhere on their body to dislodge insects and have a whip like tail, which is deadly on insects. They sweat just like a horse.

A Gir’s eyes are hooded and black pigmented. They can close their eyelids so it is impossible for insects to annoy them. They have a lot of loose skin around the eye area.

The sheath is supported by a very strong panniculus muscle either side. The muscle can raise and lower the sheath at will. Sheaths are very neat and tidy.

Is a substance secreted in the skin, which is greasy and acts as an insect repellent.

Girs are highly fertile and calve very regularly. Their calves are born small so calving problems are unheard of.

The hump on a Gir is considered to be the largest of the Zebu breeds and is very well marbled. It is used as a pot roast.

Gir are considered to be the most gentle of the Zebu breeds. They love being with humans. They adore being brushed and scratched on their big dew laps, around the head, and between the back legs. Their temperament is well illustrated in Brazil where the cow will come into bails to be milked by machines just like any Friesian or Jersey cow. They are very gregarious and at night form a circle very close together with their calves sleeping under their necks. Gir cattle are one of the three Zebu breeds used to develop the American Brahman. Two of the most famous foundation sires, Manso and Emperor, carried a high Gir content. This can be seen in their downswept horns, big humps, straight wide backs, and beautifully sloping, filled out hind quarters.

CROSS BRED cattle yield higher milk, but are difficult to maintain because they are prone to diseases, cannot be used as draught animals and their lactation reduces with each generation.

On the other hand, indigenous breeds are fully adapted to Indian conditions, yield milk of a higher fat content and the bulls can be used as draught animals.

One such cattle breed is the Gir cattle of Gujarat. The breed is known for its high milk production potential, heavy build and docile temperament.

The cows come to heat (oestrus) once in 21 days. The oestrus period lasts for 24 hrs with prominent oestrus signs, unlike in other breeds where the oestrus period can be detected only by trained farm hands or veterinary person. The cows are bred either by artificial insemination or natural service by stud bulls.

A well-fed Gir heifer can come to first oestrus around its 20-24 month and can have its first calf as early as of 36 months of age.

Farmers generally keep 2-4 cows. The cows can be fed with dry fodder, green jowar, bajra straw, groundnut cake, and a mixture of concentrate cake made of (groundnut cake and cottonseed cake).

In an effort to preserve this breed a pure breeding programme has been implemented by the station progeny-testing programme at the cattle-breeding farm, Junagadh Agricultural University, Junagadh (Saurashtra).

More than 12 batches of bulls have been tested and male progenies of the farm have been distributed to the surrounding villages.

The National Dairy Development Board, Anand has also launched breeding programmes for preserving this breed.

What is the Right Price?

What is also little know is the fact that Indian cows and buffaloes produce more nutritious milk than the exotic breeds like Jersey and Holstein-Friesian. A recent study by Karnal-based National Bureau of Animal Genetic Resources (NBAGR) showed Indian cows have a rich A2 allele gene which helps them produce healthier milk. The frequency of this A2 allele in Indian breeds is 100 per cent whereas in exotic cattle breeds it is less than 60 per cent. Imported breeds possess A1 allele, which is considered to be associated with diabetes, obesity and cardiovascular diseases. Why do we want the future generations to be sick with lifestyle diseases?

JASDAN (RAJKOT): Given that the Gir cow is indigenous to Gujarat, local business should have been milking it to earn foreign exchange. But it seems far away Brazil is doing a better of this.

The South American country today has around 50 lakh heads of this unique breed known for high milk production. Gujarat is estimated to have only around 3,000 pure breed Gir cows left, according to Satyajit Khachar, scion of the erstwhile princely state of Jasdan and a known breeder of the cow.

And now, the Gir breed is set to go global. As Khachar puts it,

The Gir Cow at Jasdan (Satyajit Khachar, scion of the erstwhile princely state of Jasdan and a known breeder of the cow) have eight national milk yield championship. Hiral produced 32 liter milk in 24 hours which is national record for Gir Breed Cow, Some of them cows give over six thousand liter milk in one lactation. Hiral producing 8,200 kgs in 305 days.

Are you Searching for

Where to Buy Gir Cow?

Points to be aware before you Buy Gir Cow!!!

Safeguard yourself from who sale Gir Cow?

KNOW THEM BEFORE YOU START. YOUR HARD EARNED MONEY & PREVENT STRESS

This majestic cow is from Brazil. Belonging to the Gir breed of Gujarat, this cow — named She-ra — clocked 62.033 litres of milk in a 3-day milk competition at the 40th Expaja in Brazil, beating her own record of 59.947 litres. While Indian cattle breeds are doing exceptionally fine abroad, the fascination of our own policy makers for exotic breeds seems to be never ending. Meanwhile, Brazil has emerged as the biggest exporter of Indian breeds of cows. Recently I wrote: “newspapers in Punjab reported that an American company — World Wide Sires Ltd — is planning to provide high quality semen to dairy farmers. Some days back, I had heard that the Kerala minister for Animal Husbandry was thinking of importing some improved cattle breeds from Denmark for crossbreeding with local cows.”